What does mean kosher food?

Restrictions on certain types of food, followed by many Jews today are found in Leviticus 11 . The laws make distinctions between animal “pure” and “impure” and prohibit the consumption of meat from animals “impure” .
Pork is a prohibited animal, in the same way that seafood and rabbit. Some of these beings “impure” are foods that most people avoid eating: Insects, vultures, crows, gulls, owls, storks, bats, mice, lizards etc . The prohibitions are restricted just to the animals. Fruits or vegetables all types are allowed and considered “pure”.

Leviticus, Exodus and Deuteronomy contain rules on how to kill the animals and prepare meat. There are also serious restrictions on the combination of meat and milk and dairy products. For this reason some Jewish homes have 2 sets of plates and utensils.
Whether Jesus and his early followers were Jews, the laws regarding food were abolished by Christians. Mark 7 recorded the confrontation between Jesus and the Pharisees who criticized him for not strictly follow the Jewish law regarding food . Jesus told the people that nothing from without entering into the man can render it “impure”.
Instead, what comes out of the mouth of man is that he becomes “impure”. By saying this, Jesus declared “pure” all foods. Acts 10 tells the vision of the Apostle Peter in a large canvas containing pure animals and unclean. God said to Peter, ” Do not call unclean what God purify” (verse 15). Because of the growing number of Gentile converts to Christianity, the apostles decided that the only restriction of foods to avoid serious Christians meat offered to idols, and abstain from drinking blood.
Finally the Hebrew word Kosher means “proper” .

A Prayer For Enduring Love

Father, You love us with an everlasting love. Your enduring love stands as the supreme example for us to follow in our human relationships. Even when we have forsaken You and broken our vows, You continue to forgive us and woo us back to Yourself. You are not a god of retribution but a God of mercy. Even when we listen to the world’s counsel and experience dismal failure You pick up the shattered pieces and still call us Your own. Only a God like You deserves our complete loyalty. As we personally experience Your enduring love when we least deserve it, help us to apply the same kind of enduring love to those who least deserve it from us. Only through Your strength can we do even the impossible. Amen.

Rubik’s Cube and the Bible

It occurs to me that today more than ever, people have a special fascination with numbers and their meanings. Somehow this is akin to the current rush of trying to see everything through secret codes, terse formulas and nostrums, as punctual as mathematics itself. END_OF_DOCUMENT_TOKEN_TO_BE_REPLACED 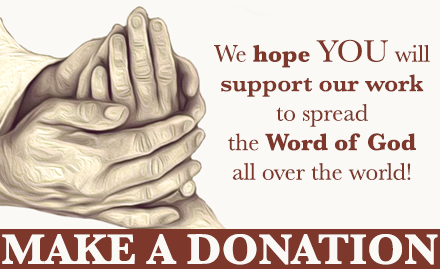